A Will Modified Against Your Will? What Can You Do?

The word “codicil” is an expression from notarial practice, referring to provisions amending an earlier will or containing clarifications or new provisions that were not in the original deed. In other words, a codicil will modify or amend provisions that are already in the original will. It often proves to be a simpler and more effective alternative to drafting a new will.

Frequently, by means of a codicil, individuals will add or remove beneficiaries, modify the shares of their estates, add, modify, or remove conditions regarding the granting of inheritance, etc.

The codicil is subject to the same formalities as the will.

There are 3 types of codicil:

« a notarial [codicil] is executed by a notary, en minute, in the presence of a witness or, in certain cases, two witnesses. The date and place of the making of the [codicil] shall be noted on the [codicil][1].

The codicil must also satisfy the requirements of C.c.Q., art. 717 :

It should be noted that the formal declaration by the testator that the written document is his will is not an essential formality, but in case of doubt regarding the authenticity of the procedures, it may become essential[3].

A [codicil] made in the presence of witness is written by the testator or by a third person.

The testator then declares in the presence of two witnesses of full age that the document he is presenting is his [codicil]. He need not divulge its contents. He signs it at the end or, if he has already signed it, acknowledges his signature; he may also cause a third person to sign it for him in his presence and according to his instructions.

The witnesses sign the [codicil] forthwith in the presence of the testator[4].

There is no specific formality except what is stipulated in the Civil Code.

The signature of the codicil must be carried by the testator himself[5]. On the other hand, the case law has established precedents where, if it was impossible to sign by himself, the testator had been assisted by a third party, in front of witnesses.

The holograph codicil must be written, but it can be written by a third party as well as by the testator himself [9]. It can be written by any technical means such as a typed document, and the court saw no reason to refuse a printed form. The paper you write on does not matter[10].

For a codicil in the presence of witnesses to be recognized as valid and legally binding, it must meet three (3) criteria[11] :

The codicil must be signed in the presence of two disinterested witnesses and the testator; the three people must be present simultaneously during the procedure, from beginning to end, failing to satisfy this criterion will lead to the codicil being declared as void[14].  A third party who bears the title of mandatary of the testator, or of universal legatee, cannot be considered as a disinterested person or a third party[15].

Before the two witnesses can sign the codicil, it is imperative that the tester signs it himself. If the codicil is already signed when it is presented to the witnesses, the testator must be able to prove that the signature on the document is indeed his own and that it is authentic[16]. The recognition of the testator’s signature, in front of two witnesses, is an essential formality that renders the codicil null and void if it is not respected.

The mere physical presence of the two witnesses before the testator cannot replace their signature. Indeed, in another Patton[18] case, a codicil with only one signature was declared to be a document that:

Does not meet the requirements of article 727 C.C.Q. for wills made in the presence of witnesses[19].

When there are several pages, the codicil must be numbered. The original must be kept and when the codicil is reproduced, it must always be accompanied by the original, otherwise it will have no legal value. In addition, under article 714 of the C.C.Q., the testator must mention that he is signing his will or codicil, and that the document represents his last wishes[20].

A holograph [codicil] or [codicil] made in the presence of witnesses that does not fully meet the requirements of that form is valid nevertheless if it meets the essential requirements thereof and if it unquestionably and unequivocally contains the last wishes of the deceased.

An example of a void testament on the basis that the testament was not drafted by a disinterested third party[21]  goes as follows : the deceased, Mr. du Roscoat, left a will signed in the presence of witnesses, made the day before his death, in which he designated the Plaintiff to act as liquidator of his estate. He also appoints him as legatee of his property with three other persons. The will was written and signed by the Defendant Perusick, the Plaintiff’s spouse and also a legatee, at the testator’s request. A brother and a friend of the deceased and one of the witnesses dispute the validity of the will. Indeed, the drafter of a will cannot be a legatee of the deceased’s estate. This is an interested person who, according to the Court of Appeal, cannot be considered a third party within the meaning of article 727 of the Civil Code of Québec. The person who writes the will cannot benefit from any legacy whatsoever. The will is therefore void and cannot be verified[22].

Under section 727, the testator is not required to disclose the contents of his will to his witnesses. Indeed, Article 727 only specifies the essential characteristics of the signature procedure and not the substantive conditions. The codicil will simply have to contain the elements added or modified from the previous will.

For further information regarding the content of a will or codicil, please visit : https://schneiderlegal.com/planning-a-last-will-and-testament/

After a demand of homologation of a codicil is made, it is possible to contest it either by:

1- Contestation by affidavit in response to the demand of homologation, where applicable, of a codicil before witnesses or holographs; or by

2- Contestation of an authentic deed, entitled registration of forgeries, where applicable, of a notarial codicil

It should be noted that contesting the testator’s incapacity when drafting a will or codicil is not considered as a justification or a case of contesting the codicil’s probate. Indeed, in Simco (Succession of) [23], the court confirmed that

It is not the role of the court on probate to examine the validity of the disposition by detremining, for example, whether the testator was of sound of mind or whether she subsequently revoked the gift[24].

For more information regarding the probate of a will please visit : https://schneiderlegal.com/probate-of-wills/

The above noted text should not be construed as providing legal advice or a statement of your claim. The process highlighted above are merely parameters and barometers and do not constitute any warranties and guaranties with regards to your file at hand. We strongly recommend that you seek legal advice with a licensed attorney from the Barreau du Quebec or a notary at the Chambre des Notaires. Each case must be seen and analysed on its merits as the legal process may be complex and cumbersome. 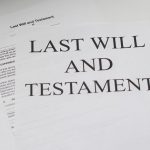 Show me the money!… When can I receive my inheritance?Estate 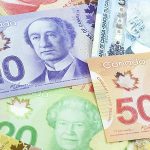 5 things to know about your entitlement to your share of the estate: debts, creditor support, and advance paymentsEstate, Uncategorized