Without legal warranty at the risk and peril of the buyer

Whether you are buying your first property or have been through the process many times, buying a home is an investment that cannot be taken lightly.

In order to protect buyers, the legislator has established provisions such as the legal warranty found in the Civil Code of Québec.

A legal warranty includes the warranty of ownership and the warranty of quality, which we can define respectively as the protection granted by law to a buyer intended to provide him with a title to the property acquired and the protection granted by law to the buyer of a property against the discovery, after purchase, of latent defects. The base principle is well known: the seller must warrant to the buyer that the property is free from latent defects[1].

A latent defect is defined as a “defect, imperfection which a simple and ordinary examination does not allow to detect and which makes the good unfit for the use for which it was intended or which considerably reduces its utility[2]“.

The effect of this clause and all its possible variations is therefore not only to exempt the non-professional seller from the warranty against hidden defects[4]  but also to show the buyer’s intention to acquire the property without the legal warranty[5].

In principle, considering the absence of a legal guarantee, the buyer cannot sue the seller for hidden defects because the contract was concluded “at the risk and peril” of the buyer.

Nevertheless, there are exceptions to this principle where, under certain circumstances, allowing the buyer to be compensated.

1) Fraudulent maneuvers and lack of good faith and;

A sale made without the legal warranty of quality “at the risk and peril” of the buyer does not prevent the obligation of good faith, which governs contracts.

This principle of good faith is particularly well rooted in the jurisprudence. Indeed, in a recent judgment, confirmed by the Court of Appeal, the Superior Court[7] noted that:

It is essential to define the concept of fraud in order to know whether a buyer can take this route to bring a legal action against a seller.

According to the Honourable Justice Simon Ruel[8], fraud involves “the act of deliberately causing an error in the mind of another person in order to induce him to enter into the contract or to enter into it on different terms.

This means that dishonest statements can constitute fraud, as can lies and misleading or false explanations given in bad faith.

Specifically, the Civil Code of Quebec provides in Article 1401 paragraph 1 that:

The error of a party, caused by the fraud of the other party or with the knowledge of the latter, vitiates consent in all cases where, without it, the party would not have contracted or would have contracted on different terms.

A person whose consent is vitiated has the right to ask for the nullity of the contract; in the case of error caused by fraud, fear or injury, he may ask, in addition to nullity, for damages or, if he prefers that the contract be maintained, ask for a reduction of his obligation equivalent to the damages which he would have been justified in claiming

In view of the principle of good faith, as soon as the seller uses fraudulent manoeuvres before the sale, with the intention of knowingly concealing the existence of an important defect affecting the property, his liability may be engaged.

In addition, although a broader field of application is an advantage for the buyer, the recourse for error caused by fraud is not without difficulty.

According to the articles of the Civil Code of Québec :

Article 2803 CcQ: A person who wishes to assert a right must prove the facts which support their claim.

A person who claims that a right is void, has been modified or is extinguished must prove the facts on which their claim is based.

Thus, it is up to the buyer, the person claiming fraud, to “(…) demonstrate the existence of the error of which he was the victim, its determining character, the intention to deceive, and the fact that the fraud emanated from the contracting party or was known to him[9]“.

But again, in terms of evidence, “(t)he rule of preponderance of evidence applies in such matters and fraud may be proved by any means, including the testimony of the victim, without the need for corroboration[10]“.

Article 2804 CcQ: Evidence that makes the existence of a fact more probable than its non-existence is sufficient, unless the law requires more compelling evidence.

Although this route has some tedious aspects, it nevertheless offers the buyer who has accepted a clause exempting the seller from liability for latent defects the possibility of seeking either the nullity of the contract, damages, or a reduction of his obligation equivalent to the damages he would have been justified in claiming.

As for the seller’s defense, the best possible strategy would be to estab;ish the absence of characteristics that qualify a latent defect as postulated in article 1726 of the Civil Code of Quebec, such as:

iii.        That the defect was not present at the time the property was sold

This notion of prudent and diligent buyer was defined in a 1999[11] Superior Court decision in the following terms:

This is a landmark decision in the field. Even after more than twenty years, this case still defines the concept of a prudent and diligent buyer and is regularly cited in current case law.

In terms of buyer behavior, it is necessary to make an interpretation along the following two lines:

1) an objective test of a reasonable purchaser placed in the same circumstances[12],

2) from a more subjective angle, which deals with the identity of the purchasers, their training, and their experience, insofar as these characteristics are relevant to the facts in the legal proceedings and dispute […][13] .

While the malleable nature of the concept allows the judge wide discretion, what we should understand by “reasonable purchaser” is someone who would act in a manner that would be considered reasonable from a societal perspective.

Thus, if the buyer did not act in a prudent and diligent manner, the seller could assert this defense.

Beyond the fraudulent maneuvers that imply an action on the part of the seller, as well as a lie, there is also what is called a negative fraud.

As indicated by article 1401 paragraph 2 of the Civil Code of Quebec “Fraud may result from silence or reticence”. This means not only that dishonest statements can constitute fraud, but also that withholding information that would have affected the buyer’s decision is sanctioned by the Civil Code of Quebec. As Jeffrey Edwards points out:

In other words, the seller must respect his obligation to inform the buyer, failing which, the latter may bring an action for damages. Once again, this is a fundamental principle, that of the general obligation to inform[15]. In a recent decision of the Superior Court of Quebec, the Honourable Claude Dallaire wrote:

The Quebec Court of Appeal had the opportunity in December 2018 to render a judgment describing a clear distinction between the concepts of latent defect and fraud. The Court held that an exclusion from the legal warranty against latent defects does not relieve the seller of its obligation of good faith in the context of entering into a contract of sale[18].

The Court held that “The warranty against latent defects is limited to the integrity of the property sold by the respondents” and that “The duty to inform is broader. It can therefore be concluded that the presence of fraud must be determined by examining the influence of the undisclosed information on the buyer’s choice to enter into the contract, rather than his direct contact with the property sold“.

To defend an action brought against him for latent defects, the defendant has several options that can be followed.

If it is stipulated in the contract that the seller is exempt from liability for hidden defects and is not a professional, he is indeed in a good position to argue that the buyer has voluntarily and in full knowledge of the clause accepted the contract and must therefore bear the consequences.

If this does not work, another defense may be to argue that the severity of the defect is not so severe as to reduce the use of the property, as the gravity of the defect is an important factor in deciding whether the buyer is entitled to compensation.

It can be concluded that in the case of latent defects, a contract with the seller that contains the disclaimer “without legal warranty and at the buyer’s risk and peril” is certainly a dangerous clause that potential buyers should be careful about before agreeing.

Nevertheless, it is important to note that the outcome of each case is determined based on facts, circumstances and evidence of the ordinary and expert witnesses at hand.

For these reasons, the outcome of each case is evaluated by the judge who will decide the probative value of the credibility of witnesses and the preponderance of evidence.

To make an appointment for a consultation with a lawyer, please visit : https://schneiderlegal.com/meet-one-of-our-lawyers/ 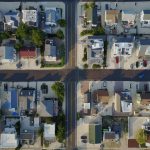 5 Things to know about servitudes, enclosed land, and right of wayReal Estate