A. ADMINISTRATIVE AND CIVIL PROCEEDINGS

An important feature of employment law is the applicable jurisdiction with regards to the remedies available. It is important to draw a procedural distinction between seeking a remedy through an administrative tribunal, that is to say before the Commission des normes, de l’équité, de la santé et de la sécurité (hereinafter the ” CNESST “), and an appeal to a court of common law, including the Court of Québec or before the superior Court depending on the amount in dispute.  There will thus be various legal procedures which will apply depending on the type of proceedings. Note that the time within which an action must be brought differ across different type of tribunals.

What is interesting in this regard is that the same conflict can be brought before the CNESST AND before a court of law simultaneously, subject to res judicata. Therefore, a civil remedy cannot question the findings of a CNESST decision, but could be valid if for example, a just cause is established which gives way to a dispute before a court of law for damages.

In practice, in most cases, interested parties will address a court of law in the event that one party involved in the dispute is excluded from the Act Regulating Labour Standards.

B. AGAINST DISMISSAL WITHOUT SUFFICIENT AND JUST CAUSE 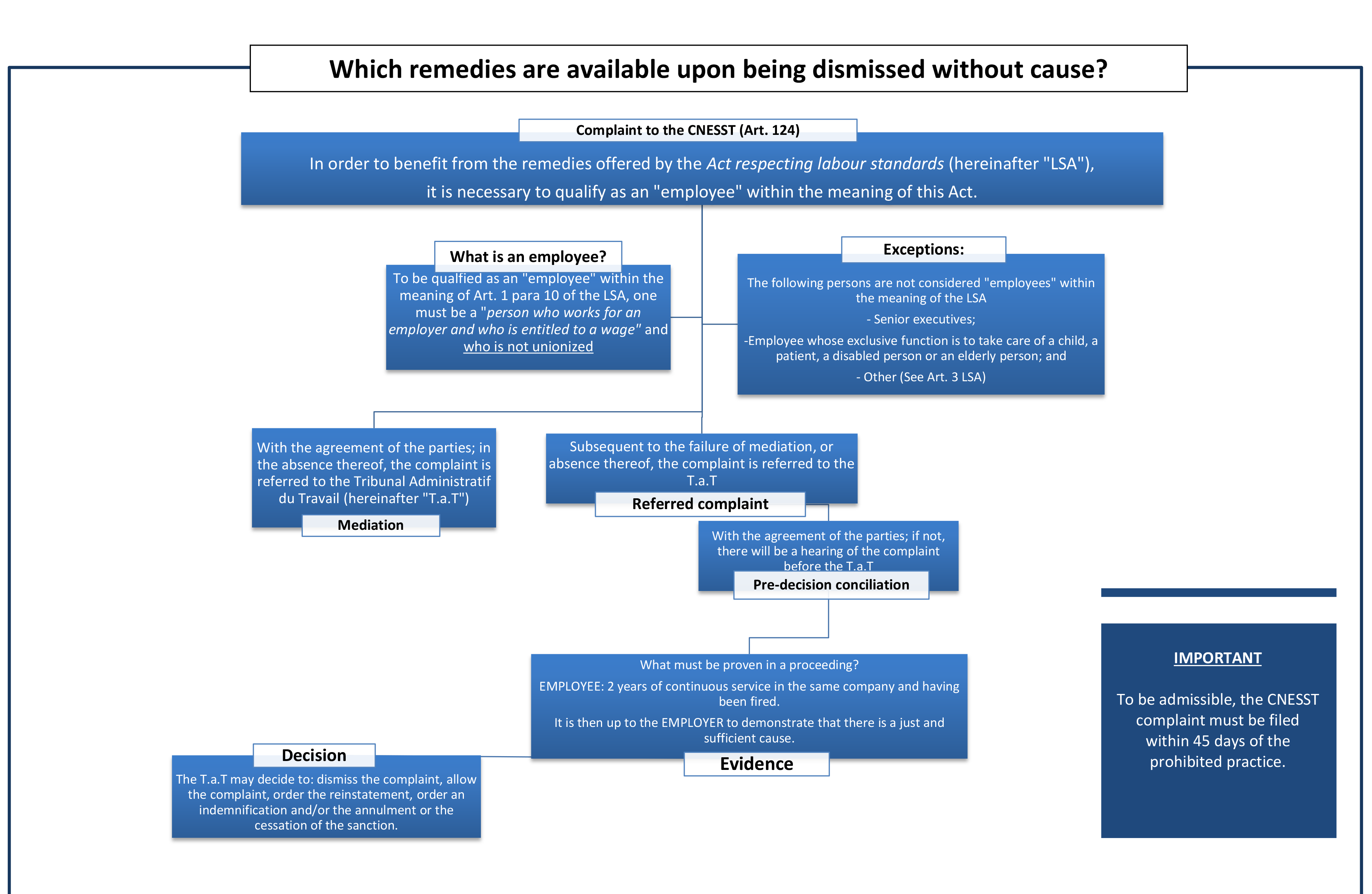 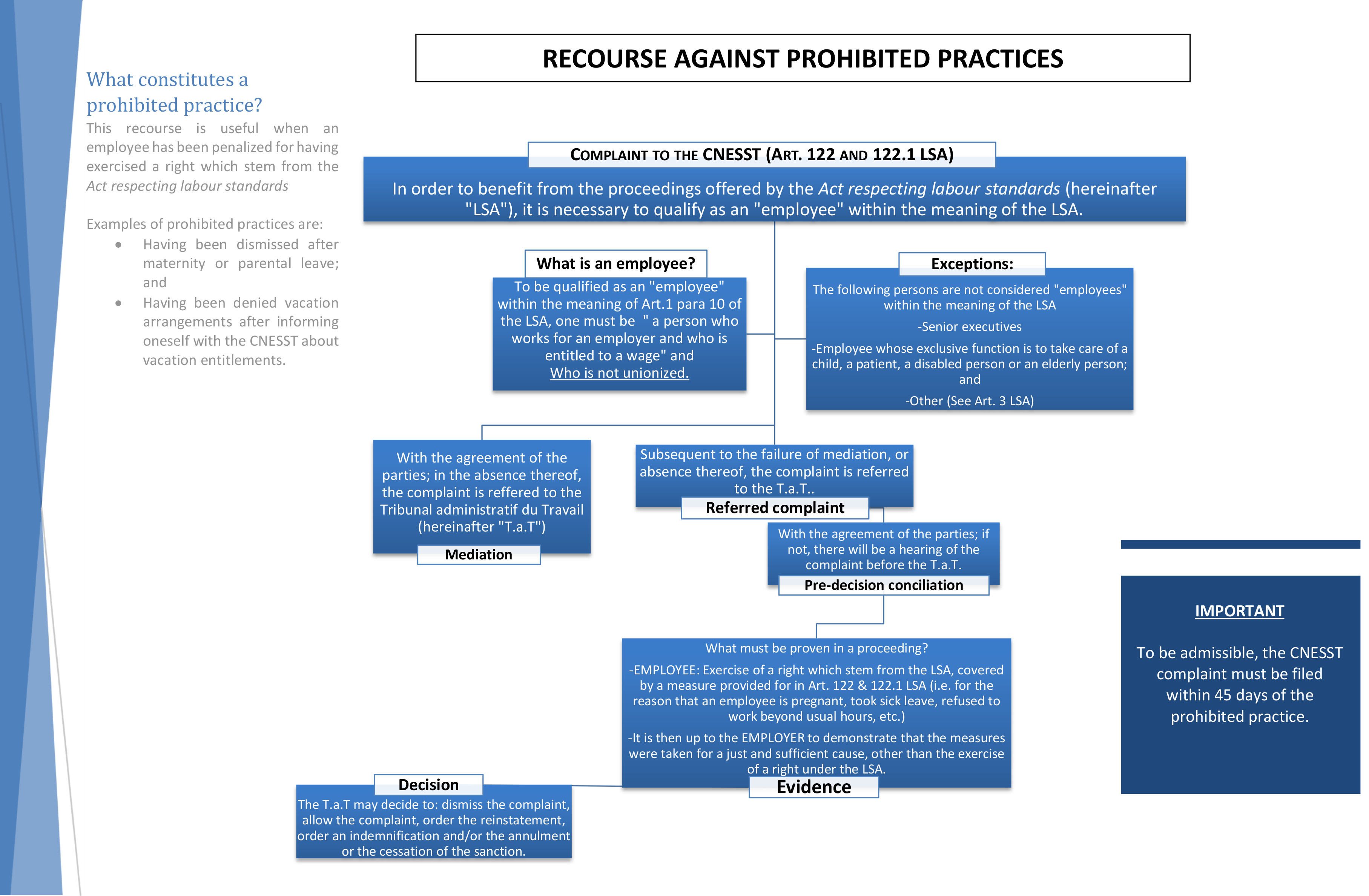 Consult one of our attorneys to discuss your particular situation if you believe that your employer has not paid all monies owed to you.

The notion of ” psychological harassment ” is defined by the Act Regulating Labour Standards as:

“Any vexatious behavior in the form of repeated and hostile or unwanted conduct, verbal comments, actions or gestures, that affects an employee’s dignity or psychological or physical integrity and that results in a harmful work environment for the employee.”

Harassment is generally perceived as either an aggregate of gestures or a serious single gesture. It should be noted that sexual harassment is included in the concept of psychological harassment.

Psychological harassment could come from the employer, colleagues or even a customer. With that said, the employer could be held liable regardless of the source of harassment. This is a heavy responsibility.

An employee who believes he/she has been subjected to psychological harassment must submit his/her complaint in writing to the CNESST within 90 days of the last incidence of the behavior.

If you believe you have been the victim of conduct that could be considered harassment, do not wait to contact our office to consult one of our lawyers!

The above noted text should not be construed as providing legal advice or a statement of your claim. The process highlighted above are merely parameters and barometers and do not constitute any warranties and guaranties with regards to your file at hand. We strongly recommend that you seek legal advice with a licensed attorney from the Barreau du Quebec or a notary at the Chambre des Notaires. Each case must be seen and analysed on its merits as the legal process may be complex and cumbersome.