As neighbours, we have to be tolerant of normal neighbourhood annoyances. However, there is a fine line between the limit of tolerance depending on the nature, location or customs to which one owes to the other in accordance with section 976 of the Civil code of Quebec (herein after “Civil Code”) and infringing and violating your civil rights.

Even though you might not agree with your neighbor, it is always more practical to attempt to resolve a dispute in an amicable fashion

The Courts have tried to avoid applying an excessively large interpretation of the “neighbour” concept[1].For instance, the proximity between two or several plots of land is important when qualifying these plots as neighbours. Or, living on the same street or in the same neighborhood can indeed be giving rise to a neighbourly dispute situation.

Having as its main objective to reduce problems resulting from a relationship between neighbours, section 976 of the Civil Code unveils a precise goal that emerges from the principle that the cost and consequences of our own activities must not cause prejudice or suffering to others. Having as starting point the peaceful enjoyment and pacific coexistence between neighbours, the Court asked themselves if a unique regime had been established from the coming into force of the Civil Code in 1994 and its section 976 which reads as follows:

“Neighbours shall suffer the normal neighbourhood annoyances that are not beyond the limit of tolerance they owe each other, according to the nature or location of their land or local usage.”

In 2008, the Supreme Court of Canada acknowledges the existence of a responsibility regime based on the annoyances that are “beyond the limit of tolerance”. By adjudicating on the regime, the highest court of the country closes the debate on the effects of ownership pursuant to section 976 of the Civil Code by ruling in favor of a limit to the right of ownership:

« Even though it appears to be absolute, the right of ownership has limits.  Article 976 C.C.Q. establishes one such limit in prohibiting owners of land from forcing their neighbours to suffer abnormal or excessive annoyances.  This limit relates to the result of the owner’s act rather than to the owner’s conduct.  It can therefore be said that in Quebec civil law, there is, in respect of neighbourhood disturbances, a no‑fault liability regime based on art. 976C.C.Q. which does not require recourse to the concept of abuse of rights or to the general rules of civil liability.  With this form of liability, a fair balance is struck between the rights of owners or occupants of neighbouring land»[2].

The Court of Quebec recently reinforced the necessity, in order to conclude that we are in presence of a neighbourly dispute in accordance to section 976 of the Civil Code, based on two factors, being the gravity and the repetitive nature of the annoyance[4].

It is suitable to firstly distinguish the misconduct or fault of abnormal annoyances. For example, a neighbour threatening you and being aggressive towards you can be liable in accordance with the regular civil liability regime, subject to the necessary elements of engaging his liability and responsibility.

The advantage of the non-fault liability regime emanating from the article 976 of the Civil Code is that it is not necessary to prove the misconduct or fault of the neighbour, element that is usually essential in the regular civil liability regime. The burden of proof is therefore reduced.

It is also necessary, in order to conclude to the presence of a neighbourly dispute in compliance with section 976 of the Civil Code, to have a continued and repetitive nature spread over a sufficiently long period of time. Indeed, if this criteria is not met, it will most probably be established that it is an isolated incident subject to the regular civil liability regime. It will then be essential for the plaintiff to prove fault.

Appreciated by the Court in a subjective manner and in relation with the other factors, the gravity of the annoyance is a central element that will allow them to identify if it is “normal” or “abnormal”. Returning to the principle of a real and serious prejudice, the factor of gravity requires a concrete analysis of the inconvenience based on the nature of the land in the dispute, their situation, the local usage as well as the moment that these annoyances occur[5].

As an example, what will be considered normal in a rural environment might not be necessarily normal in an urban surrounding, which is why the analysis is subjective. A noise disturbance starting early in the morning or strong smells emanating from farms might be considered normal, foreseeable and acceptable in rural areas, but abnormal in urban cities, even though they can be annoying and inconvenient for some.

In addition, it is essential to consider the annoyance suffered in an objective manner in order to evaluate if a reasonable person placed in the same circumstances would find that the situation exceeds the limit of tolerance[6].

Not every inconvenience is considered an inconvenience subject to the liability regime established by article 976 of the Civil Code. The annoyances that are not beyond the limit of tolerance will have to be… tolerated!

A common occurrence during the course of the relationship between neighbours may be a property line dispute because either the original boundary has disappeared, been moved, are doubtful or do not exist.

Section 978 of the Civil code states the following:

On other occasions, a neighbour will infringe on the boundary line thereby initiating the cause of the dispute as you suffer irreparable prejudice.

Common examples of disputes between neighbours are noise disturbances, trees, overhanging on your property, illegal views, right of ways and passages, servitudes, common fences boundary lines, waters flowing onto your land, renovation work to the property and limits of property land and boundary lines.

Below is a list of cases that are considered tolerable annoyances:

Below is a list of cases where annoyances go beyond the limit of tolerance:

Case law of annoyances beyond the limit of tolerance

What happens in the event of a dispute with your neighbour?

Steps in case of a dispute with your neighbour

In the event that the neighbourly dispute is not an urgent matter, you may file a damage claim before the courts to claim a compensatory amount for the prejudice that you have suffered due to the violation of the law and non-conformity of your neighbour.

Let us not forget that the person that wants to assert a right must prove the facts. It is therefore important, in a perspective where you are living a situation that seems to be intolerable and that is caused by your neighbour, to be well represented in order to have the most adequate solution available for you in regards to your situation.

The process highlighted above are merely parameters and barometers and do not constitute any warranties and guaranties with regards to your file at hand. We strongly recommend that you seek legal advice with a licensed attorney from the Barreau du Quebec. Each case must be seen and analysed on its merits as the legal process may be complex and cumbersome. 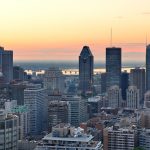 ACTION IN PASSING OF TITLEReal Estate 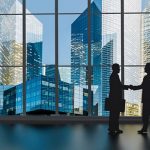